It’s no secret that the CRISPR/Cas9 technique has boomed in popularity in recent biological research. Though CRISPR was discovered in 1993, using it as a genome editing technique was not a reality until a few years ago. As a refresher, the CRISPR technique is a gene editing method that has proven effective in changing the human germ line. The CRISPR/Cas9 system was first discovered as bacteria’s most sophisticated line of defense against viral infection. Researchers have figured out how to exploit this defense system to target and edit specific DNA stretches in other organisms— permanent gene modification. With CRISPR, editing genes is cheaper, faster, and more precise, so researchers are working on methods to eliminate incurable diseases such as genetic disease and cancer. However, with great power comes great responsibility; and with CRISPR, power is an ever growing concept. The ability to change genes could do anything from eradicating disease to creating “designer” babies. While scientists are still in the early stages of using CRISPR, the endless possibilities of the system have sparked widespread debate among members of the the scientific community, questioning where to draw the ethical line. Some of the most contentious points are about the biological dangers of gene editing, the societal impacts of “designer babies”, or its use to modify agriculture. However, there is one potential aspect of CRISPR that is less publicized but could have a major global effect: its ability to eradicate a species. Such an ability begs the question— is human interference in nature actually benefiting the world, or are we just mistakenly “playing God”?

Recent research with CRISPR has exposed the possibility of scientists being able to eliminate invasive species in the environment. In 2015, scientists at UC San Diego and UC Irvine successfully modified mosquitoes’ genomes so that infection by malaria-causing parasites was blocked. This blocking ability was encoded into the mosquito genes to pass on to offspring. Another lab led by UCSD’s Drs. Ethan Bier and Valentino Gantz, successfully managed to carry out “mutagenic chain reaction” in fruit flies with a 99.5% success rate, meaning they increased the odds of a favored gene being passed to offspring.

Invasive species are detrimental because they disrupt natural habitats. For example, an invasive species may come into a habitat with little to no predators, reproducing rapidly, and risking extinction of other species. Researchers may have good intentions trying to curb the advantaged species, but humans are a part of the environment too. By acting as master manipulators of natural genes, are scientists not resembling “invasive species” themselves? Do humans have the responsibility or right to tamper with intrinsic traits of other organisms, or is this involvement a step too far? Though invasive species do cause damage, nature inherently evolves; but it cannot curb scientific progress.

Putting genetically modified species into the wild is complex, and a gamble. In doing this, researchers are hoping to “fix” the population by eliminating an invasive species in the designated area. However, such a fix could spread further than expected, causing that species’ global extinction. Once a species is extinct, the damage is irreparable. Everything is a chain reaction, and the extinction of one species is the first step in causing massive ecological damage. 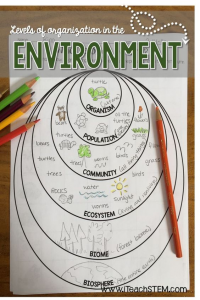 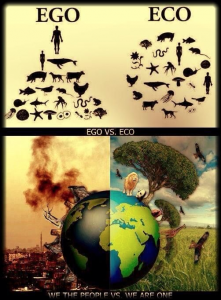 Thus, scientists must carefully consider the possible consequences of genome manipulation. Some researchers have suggested the use of the Classical Biological Control (CBC) model.

The CBC model uses understanding of biology and its relation to ecology to focus on three guiding criteria. These criteria are the official way of making sure that scientists understand the impacts of their research before it is too late to reverse the consequences. For example, scientists must understand and prioritize target specificity because there is the possibility that the target species will intermix with non target species, creating undesirable effects. The spread of a gene mutation will be largely dependent on species’ dispersal patterns— patterns that can be projected, but not exacted. Researchers should give careful consideration to all of the consequences, including the unintended ones. These “unintended cascades” are extremely important when tinkering with nature. By engineering the genomes of these species, it is possible that more harm than help will come.

Scientists will continue to explore CRISPR no matter what, so having an ethical model in conjunction with sound scientific knowledge is paramount. The above proposed model is a good start, but we must always question its capability. The method is not indisputable because there are many considerable factors out of human control. Despite our expansive knowledge of invasive species and ecology, we could still cause globally disastrous changes.