Alright, so I know I talked about a disease movie last week, but people are still sick! How about a more realistic movie this time? Two years after the 2009 swine flu pandemic and eight years after the 2003 SARS epidemic, 2011’s Contagion was inspired by those real-life pandemics. Before continuing on to the movie, let’s recap the H1N1 influenza virus and SARS.

A quick Google search reveals that there were actually two pandemics involving H1N1: one in 1918 and one in 2009. The most recent virus resulted from a reassortment of bird, swine, 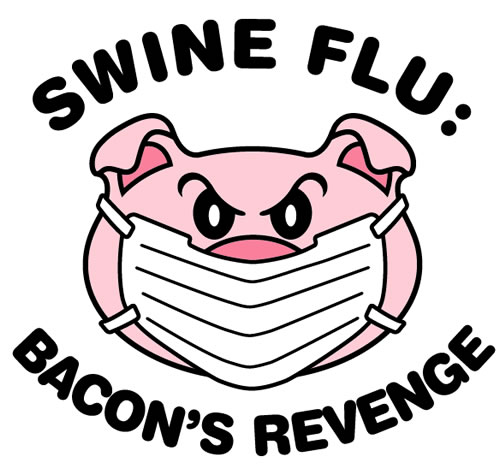 and human flu viruses combined with a Eurasian pig flu virus. Almost every year, seasonal flu is a concern, but for young people (under 60), it usually means the sniffles. The alarming thing about this most recent strain was that in young adults with no underlying conditions, the severe cases resulted in respiratory failure three to four days after symptoms started showing. Later research showed that this was a result of a first-line immune response primed by an imperfect antibody, which led to a violent and uncontrolled immune response. This pandemic was, however, initially exaggerated by the World Health Organization (WHO), which caused a panic similar to (albeit much smaller than) that of the movie; thankfully, unlike that of the movie, the death toll was much lower, and the government did not have to ration food.

Severe acute respiratory syndrome (SARS) is caused by the SARS coronavirus. In the 2003 outbreak, 9 percent of infected patients died. SARS is characterized by fever and respiratory symptoms such as pneumonia and dyspnea. More serious long-term conditions include pulmonary fibrosis (lung scarring), osteoporosis (brittle bones), and femoral necrosis (uncontrolled cell death at the femur). Like the virus from Contagion, this virus originated from the Guangdong province in southern China and spread worldwide from Hong Kong. Unlike in the movie, however, SARS currently has no vaccine. Isolation and quarantine remain the most effective means to prevent the spread, but worry not, it was eradicated by January of 2004, and no cases have been reported since.

Those real-life inspirations for the movie were two very real pandemics, but what was the disease from the movie? The Meningoencephalitis Virus One (MEV-1), as they called, is most similar to the Nipah virus for which flying foxes are carriers. Perhaps one of the greatest challenges of creating vaccines is cultivating the virus.  Dr. Ian Sussman has a difficult time finding a cell culture in the movie. Once she identified a viable culture, she discovered that the virus is transmitted via fomites. Fomites are any surfaces capable of carrying viruses or other infectious agents. Just like real life, if anyone infected with MEV-1 were to open a door to Warren Lecture Hall, a healthy person following them who touches the same spot could be infected.

Not to worry, February is almost over, and people like me are learning about disease and how to keep the world nice and healthy. What you can do to curb the spread of viruses and bacteria is cover your cough, wash your hands, and get vaccinated. I’m certain those anti-vaccination nutjobs don’t read this blog… or have stopped reading after I said get vaccinations, but childhood vaccination doesn’t cause autism! Get vaccinated!