BWAAAA, DUN DUN. BWAAA. I love the soundtrack to Inception, but I think all the loud 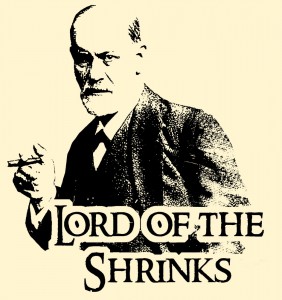 music should have woken Leonardo DiCaprio up in my arms. Hah, in my dreams, right? I still think he’s dreamy. Yes, we’re talking about dreams from a biological perspective, but first we have to pay our respects to the godfather of psychology, Sigmund Freud.

From a neurobiological perspective, the stages of sleep are divided by how oscillating electrical voltages in the brain (brain waves) look in an electroencephalogram (EEG) machine. Dreaming occurs more often during the rapid eye movement (REM) stage, but biology cannot fully explain how or why we dream … yet. As always, there’s plenty of room left for intrepid scientists, for that’s the extent to which we (I) understand dreaming. 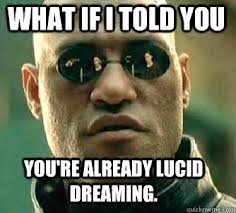 Inception brings up both lucid dreams and group dreams. Lucid dreams are dreams in which you become aware of the fact that you are dreaming. In 1989, Dr. Paul Tholey as well as other researchers came up with a technique to induce lucid dreaming. Like the totems used in Inception, Dr. Tholey’s technique involves asking yourself throughout the day if you are awake or asleep. Supposedly, these techniques are MILDly successful.

Since sharing dreams is too far into the realm of paranormal science, I can’t really talk about it. Of course, I’m open to the idea of Inception; I suppose if you were to synchronize your brain waves during REM sleep, you might be able to induce some degree of dream sharing, although combining that with lucid dreaming to pull off inception seems unlikely.

Alright, time to wake up and stop focusing on dreams. I would love to talk about the “kick” in the movie. When the characters wake up in the movie, they are shown to need some feeling of falling or water. Is there a biological basis for this? Short answer: yes.

Since we evolved from monkeys, our ancestral home (and, more importantly, bed) is in the 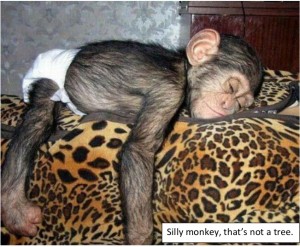 trees. Now, I’m no physicist, but I’ll go out on a limb and say falling out of a tree hurts. In order to avoid the predicament of sleepily rolling over and falling to our deaths, our brains evolved a mechanism to detect sudden changes in inertia and wake up on full alert. Part of this is theorized to be involved in hypnagogic jerks.

Since we evolved from terrestrial mammals, we have a love/hate relationship with water. Two major things happen when a sleeping individual (Leo) is suddenly introduced to water (bathtub). Primarily, the sudden cold triggers epinephrine (adrenalin) release, startling you awake. What I’ve been told in the past is that water on your face activates the mammalian diving reflex, but doctoral candidate Ramzi Amri disagrees.

My parents certainly knew the efficacy of pouring water on heads whenever my brother or I overslept. They interrupted some nice lucid dreams too. Anyone would wake up to Inception’s soundtrack, though. BWAAA.