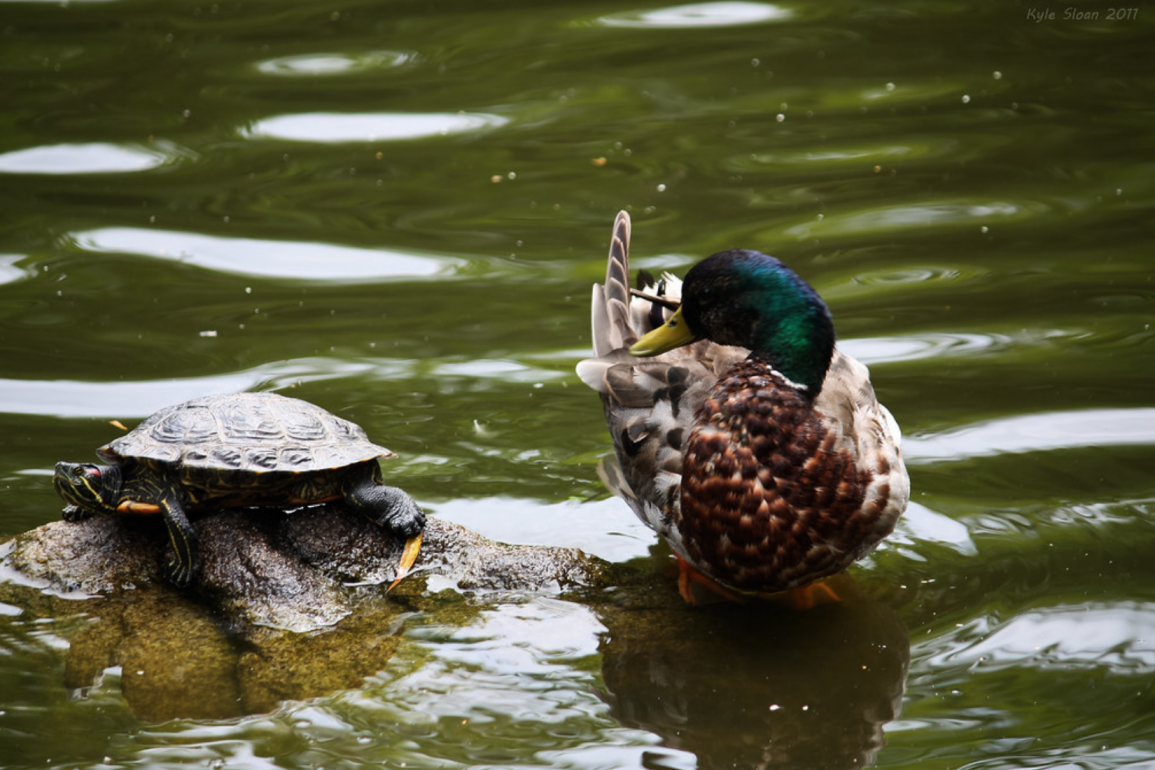 While considering the possibility of a Katara Halloween costume, I was surprised to discover that the army of DIY blogs on Pinterest had not yet capitalized on the popularity of Avatar: The Last Airbender (ATLA). After its addition to Netflix, folks who enjoyed the show in their childhood were able to rewatch the series in its entirety, while newbies like me experienced it for the first time. The show centers around Aang, the last of the Air Nomads, one of the four groups of people on Earth; the other three being the Fire Nation, the Water Tribe, and the Earth Kingdom. Each group consists of benders, or people who can physically move their respective element, and non-benders.  While ATLA is filled with memorable characters beyond the main crew (like Uncle Iroh and Cabbage Man), one of the most unique aspects of the ATLA universe is the fauna:  winged lemurs, flying bisons, otter penguins, and turtle ducks roam the land.

Appa the flying bison is definitely a more abstract-looking creature, but turtle ducks look exactly how they sound: a mashup of Earth’s own turtles and ducks. Both are cute animals in real life, but are even more so in animated form—any ATLA fan would kill to have one as a pet. Turtle ducks are an unlikely reality, but why is that? What exactly defines an evolutionary “species”, and why don’t we have different combinations of species running around?

Formally, ecological speciation is defined as the process by which two groups of organisms develop unique characteristics over time until they are no longer able to produce fertile offspring. Each species has a unique genome, or the complete set of chromosomes present in every one of its cells. The chromosomes of different species vary in the number and length of the chromosome as well as the genes they express. So naturally, when organisms from two different species attempt to breed (known as hybridization), the offspring are rarely viable because it’s highly unlikely that the set of chromosomes inherited from each parent will align to create a functional organism. Most hybrid offspring that survive  are sterile, so even if they live long enough, they wouldn’t be able to reproduce successfully.

To understand how this all started, we’ve got to rewind to four billion years ago, when Earth was nothing but a primordial soup of prokaryotic cells. Prokaryotes are enclosed by membranes and contain DNA, but lack membrane-bound organelles. Meanwhile, eukaryotic cells are more complex, with a fully functional nucleus and multiple membrane-bound organelles within a single cell. The most commonly believed theory regarding the formation of complex organisms is the endosymbiotic theory, which states that the first eukaryote arose when one prokaryote in the primordial soup happened to engulf another but did not digest it. The engulfed prokaryote instead continued to function inside its larger host, in a symbiotic relationship: the smaller prokaryote (likely a mitochondria or chloroplast) was able to process sunlight or oxygen for energy, while the larger prokaryote provided protection. Scientists have good reason to believe that the endosymbiotic theory is true: mitochondria and chloroplasts, two eukaryotic membrane-bound organelles, both contain their own DNA separate from that of the larger eukaryotic cell inside which it functions. If we broaden our definition of hybridization, the endosymbiotic theory shows us that hybridization may actually be the reason for complex life on Earth. But as organisms become more complex, successful hybridization becomes increasingly difficult. 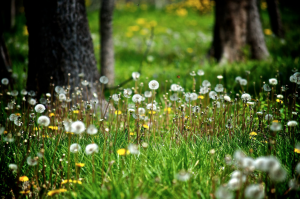 Because of this, our not-so-furry friends are constantly going through hybridization. Different plant species in the same region can easily hybridize through pollen, which is light enough to be easily carried through the wind. Plant hybrids are also much more likely to survive than cross-breeding between animal species. Human disturbances in natural habitats also increase the likelihood of hybridization events occuring in plants: for instance, man-made ski slopes in Montana created an intermediate habitat which was too dry for the native mariposa lily, and too moist for the native elegant sego lily, but just perfect for the plant hybrid between the two species. As a result, this hybrid has been able to thrive in the ski slope habitat and can be found in abundance there.

Sometimes, humans purposefully cross-breed plants to their advantage. Continually inbred varieties of corn often exhibit reduced yields, in a condition known as “inbreeding depression”. By intentionally hybridizing multiple inbred lines of corn, farmers have been able to increase the reproductive potential and size of their much more robust crop, with yields sometimes increasing by as much as 100 percent. Most of the corn grown today are actually hybrids!

In our furry friends, hybridization is far less frequent, but it sometimes occurs as a result of overlapping territories or lack of available mates in one’s own species. For example, in two species of woodrats inhabiting the western United States, hybrids would occasionally pop up in areas where the species coexisted. Researchers  at the University of Nevada, Reno, focused on a California site where the desert woodrat and Bryant’s woodrat were producing hybrids. To see how common this hybridization was, researchers conducted an experiment in which either a female desert woodrat or female Bryant’s woodrat would be placed at the bottom of a T-shaped tube, with males from both species in harnesses at the left and right ends of the T. The female was free to wander the tube and choose which species to mate with, and female desert woodrats most frequently mated with their own species (most probably due to the much larger, much more aggressive characteristics of the Bryant’s woodrats). Interestingly, female Bryant’s woodrats were equally likely to mate with male desert woodrats, again possibly because these males were smaller and more timid.  The lack of preference for their own species may tell us that natural hybridization is indeed possible. 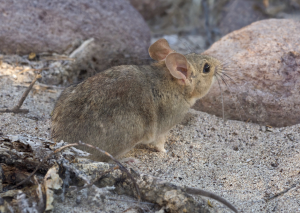 A Bryant’s Woodrat on Isla Carmen, Gulf of California (Source)

Artificial hybridization, in which humans manipulate species reproduction to form hybrids, is more common. I’m sure you’ve heard of ligers, the lion-tiger hybrid flaunted by many zoos and animal shows. The murky ethics of zoos, circuses, and animal shows is a much larger issue, and artificial hybridization is definitely a part of it. Ligers are almost always born with severe birth defects, and eventually grow too large for their organs. Very few live to see reproductive age.

As we dive deeper into the world of artificial hybridization, things start to get weirder.  Back in 2017, scientists at the Salk Institute in La Jolla successfully created the first human-animal hybrid embryo, and for a greater purpose than the attention of sci-fi enthusiasts: human-animal hybrids have the potential to address organ donor shortages and increase the number of organ transplants occurring daily. To create the hybrid, researchers created a chimera, or a single organism containing genetic material from two different species, by injecting embryonic human cells into pig embryos. (Pigs were specifically chosen due to the notable similarities between their organs and ours.) The pig embryos were then transferred to adult pigs to develop, before they were removed and analyzed for viability.

Don’t start imagining any pig heads on human bodies, though, because the hybrids didn’t develop past the embryonic stage. The scientists observed that the presence of human cells seems to slow the growth of the embryo, and any organs grown from the current hybrid embryos would probably contain too many pig cells to be “accepted” by a human body. It’s still unclear whether we’ll ever reach a point where the embryos will be able to tolerate a significant amount of human cells. Regardless, it’s definitely food for thought. 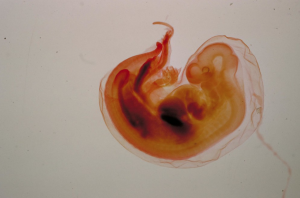 There’s no real need for a turtle-duck chimera, so turtle ducks can only exist inside the imaginary dream worlds we create in our heads.  However, for those of us who still dream of someday becoming turtle-duck owners, I’ll leave you with a fun fact: genetic studies show that a group known as archosaurs, commonly believed to be the most recent common ancestor between birds and crocodilians, may also be an ancestor of turtles. This would be a more common recent ancestor than the one between turtles and lizards, so turtles may actually be more closely related to birds than to snakes or lizards. With scientists attempting to recreate wooly mammoth DNA using gene-editing technology, who knows if an archosaur is somewhere in the making? It would be nowhere near as cute as ATLA’s turtle duck, but hey, beggars can’t be choosers.

“Field of Hope” by Ron Guest is licensed under CC BY-NC-ND 2.0