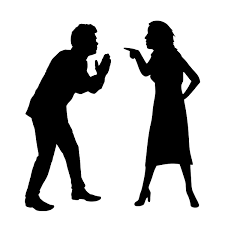 The Science Behind Conflict

I have always wondered why conflict exists. It can ruin a nation and foster potentially adverse change in society. Conflict permeates all aspects of life, even the process of fertilization where sperm compete to penetrate the egg. Consider Charles Darwin’s theory of natural selection, which describes evolution as “survival of the fittest”. Natural selection is a process in which traits that lead to the survival of an organism prevail while those that do not are eliminated; through this process, organisms evolve and adapt to their environment. Organisms with traits that allow them to retrieve resources better than the rest of their population tend to survive and reproduce so that these favorable traits are passed down. While there are many sources of conflict between organisms, evolutionary and socio-cultural perspectives reveal the basis of certain behavioral tendencies linked to conflict elicitation.

Reproduction, for example, has facilitated the evolution of aggressive behavior within humans, especially in males. A lot of human conflict originates from concern regarding the future, including perceived access to mates. Males do not require much for reproduction, but they still need a female partner in order to have offspring. Since the main reproductive requirement for males is simply finding a mate, males are more likely to be polygamous to improve their odds at producing offspring. However, females are more inclined to be monogamous as the benefits of caring for their young exceed the potential risks of seeking additional mates. This means that there is more reproductive conflict between males as they want to maximize their chance of reproducing with the most viable partners. Because of this necessity, males also tend to be more aggressive as they need to defend their position and allocate resources to increase their reproductive potential. This evolutionary selection is also known as the male warrior hypothesis.

Despite humanity living in a modern age where monogamy is highly valued by both sexes and resources are bountiful, this aggressive behavior still seems to exist within males and perpetuates the male warrior hypothesis. Survey research has demonstrated that males, more than females, tend to be more discriminatory towards outside groups, prefer social hierarchy, and will prepare and plan to do whatever it takes to protect their social circle or community. While the root of this aggression is reproductive needs, it’s quite astonishing how far this behavior can take people in terms of conflict.

It’s important to remember that the basis of conflict is concern for the future. Preserving the group interest is necessary to have a future, and this involves having a set of moral values. Darwin argued that groups would have a better chance for survival if individuals held moral values that involved helping their peers. As individuals have different perspectives based on their environment and living circumstances, differences can arise amongst groups despite them all wanting the same basic thing—to survive. This is where cultural conflict comes in place. Something as simple as what one interprets as good and bad with regard to survival can manifest in complex differences between people.

This concept is especially relevant to differing beliefs within politics. People are separated according to their political differences by being grouped into the Left or the Right. Using skin conductance responses which are dependent on electrical conduction within the skin, researchers found that those who identified as liberal showed physiological arousal responses to positive stimuli like children and cute animals, while those who leaned towards conservative ideals demonstrated responses to aversive stimuli. They found that individuals who identified with the Right tend be more sensitive to unpleasant and unfamiliar things, which seems to correlate with their tendency to protect the ingroup from perceived outgroup threats; this is evident in the defensive and anti-immigration policies that many right-wing supporter encourage.

These political differences are a defining aspect of most modern day conflict. While conflict is associated with negative incidents like war and political unrest which can occur because of these behavioral tendencies, conflict also creates dialogue between different groups of people and allows them to form connections despite their differences. Conflict in the sociocultural or sociopolitical realm can raise awareness of important issues and lead to positive change. For example, the Civil Rights Movement, which highlighted the injustices of segregation and racial inequality, led to legislation granting equal rights to African-Americans. It inspired many African-Americans to come together despite their differences and fight against racial inequality. Martin Luther King Jr. was just the local minister, but he felt the need to serve his community and protect his group because of racial conflict and became a leader and voice for the movement. Conflict is everywhere, and it serves as a tool of improvement as well as for the propagation of a species.