After seventy long years a female wolf known as Echo set her paw into the state of Arizona and traversed the north rim of the Grand Canyon. She was beautiful, and I know that because I was able to see her in person – well, I was a couple hundred meters away, but I was still in her presence, and it was incredible. Unfortunately, I have to talk about her in the past tense because recently she was shot by a hunter who mistook her for a coyote. When I read the headline, First Grand Canyon Gray Wolf in 70 Years Shot by Utah Hunter, my heart dropped into my stomach, and I felt a mixture of anger and disappointment.

About two years ago I worked with National Geographic on a project about the greater Yellowstone ecosystem, and a lot of that work was associated with gray wolves. Six wolf packs can be found in the Yellowstone region. Stephanie and I focused on one of the northern packs that live in the region year-round. These wolves are thriving because they are fortunate enough to live in a protected region of wilderness. Other individuals, in Idaho, Wyoming, Colorado, and Montana, are often under fire. There are often plans to exterminate wolves in areas as if they were rats. People seem to find plenty of reasons: wolves killing livestock, wolves killing too much of the local game population, wolves moving closer to cities and towns. All these reasons are fairly ridiculous. I don’t like to get into the politics of 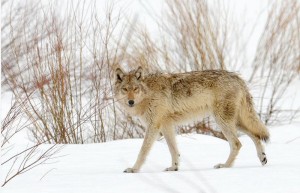 this, but I will say that humans need to take a step back and remember that we are the ones encroaching on wolf territory. It is unfair of humans to prevent a predator from doing what it is built to do: hunt to survive.

Many people don’t realize that wolves are really important to an ecosystem. In many regions they are the sole natural predators of deer, elk, and caribou. Without wolves the deer population increases until its uninhibited foraging depletes the vegetation in an area. When the vegetation is forged too heavily, it can affect abiotic factors in the ecosystem such as river banks, soil chemistry, and the landscape itself .

Even my best photographs from that Yellowstone trip don’t do justice to the incredible dynamic of the wolf pack. They’re not like your dog at home; these wolves have huge strides, and every paw is carefully placed on their home terrain, as if they know to respect the earth under them. “Majestic” is the word that comes to mind. When pack members come across each other, they nuzzle, and personal space does not exist. They communicate through body language, making it easy to distinguish the alpha breeding pair (usually the parents of the rest of the group) because they will stand up straighter and appear larger. Subordinates usually show their respect by keeping their tails lowered, turning onto their backs to expose their bellies, and licking the muzzles of their pack’s dominant members. 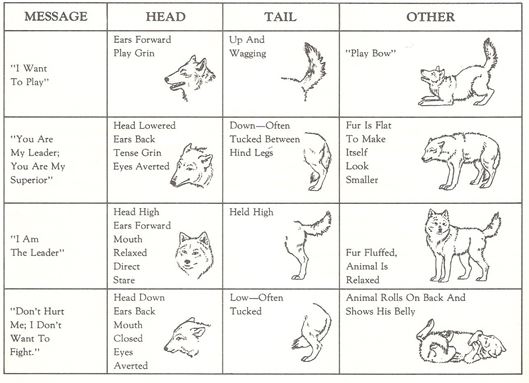 These animals are extremely intelligent and essential to a balanced ecosystem. Their bad reputation is built heavily through media and special interest groups, but conservationists are doing all they can to educate the public about their importance. I really hope the wolf’s fate turns around.